Short back and sides at Fat Tony's, Oranmore

My boy had an urgent need for a haircut a few days ago, as he said he could no longer see out. We raced to the barbers' before it closed and were the last in a long line of customers waiting for our barber of choice to become available. The barbers in that place all used to be men, but little by little that's changed and there were just three lady barbers on that evening. They are all very warm and I love watching them tend to their customers. The young fellas with towels around their necks and ladies fussing around them with scissors and razors remind me of puppies being groomed by their mothers. Once I saw an elderly gentleman being given a hot shave (by a man barber). He was ninety-something and told the barber he'd have to speak up because he was deaf from the war. It was the most beautiful thing to see him close his eyes and be pampered with warm water and towels and whatever else happens during a hot shave. He needn't have worried - the barber tended him in silence. 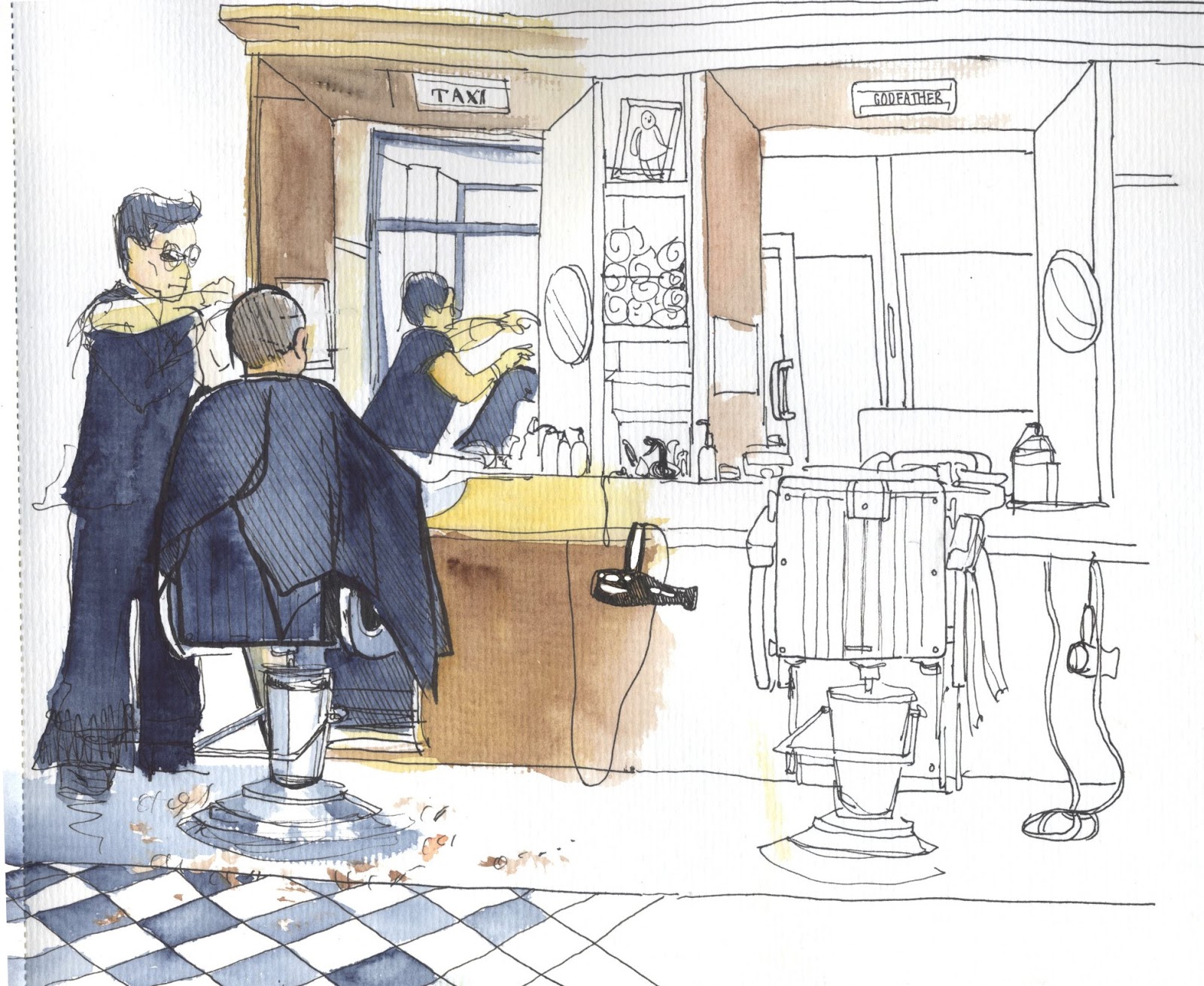 The shop is called Fat Tony's and it's themed to be sort of gangster-tough. Al Pacino glowers from posters as Scarface. Travis Bickle is somewhere, I'm sure, as is Tony Soprano. I like it a lot and I don't think I've ever been disappointed with the cuts they've given my young lad. 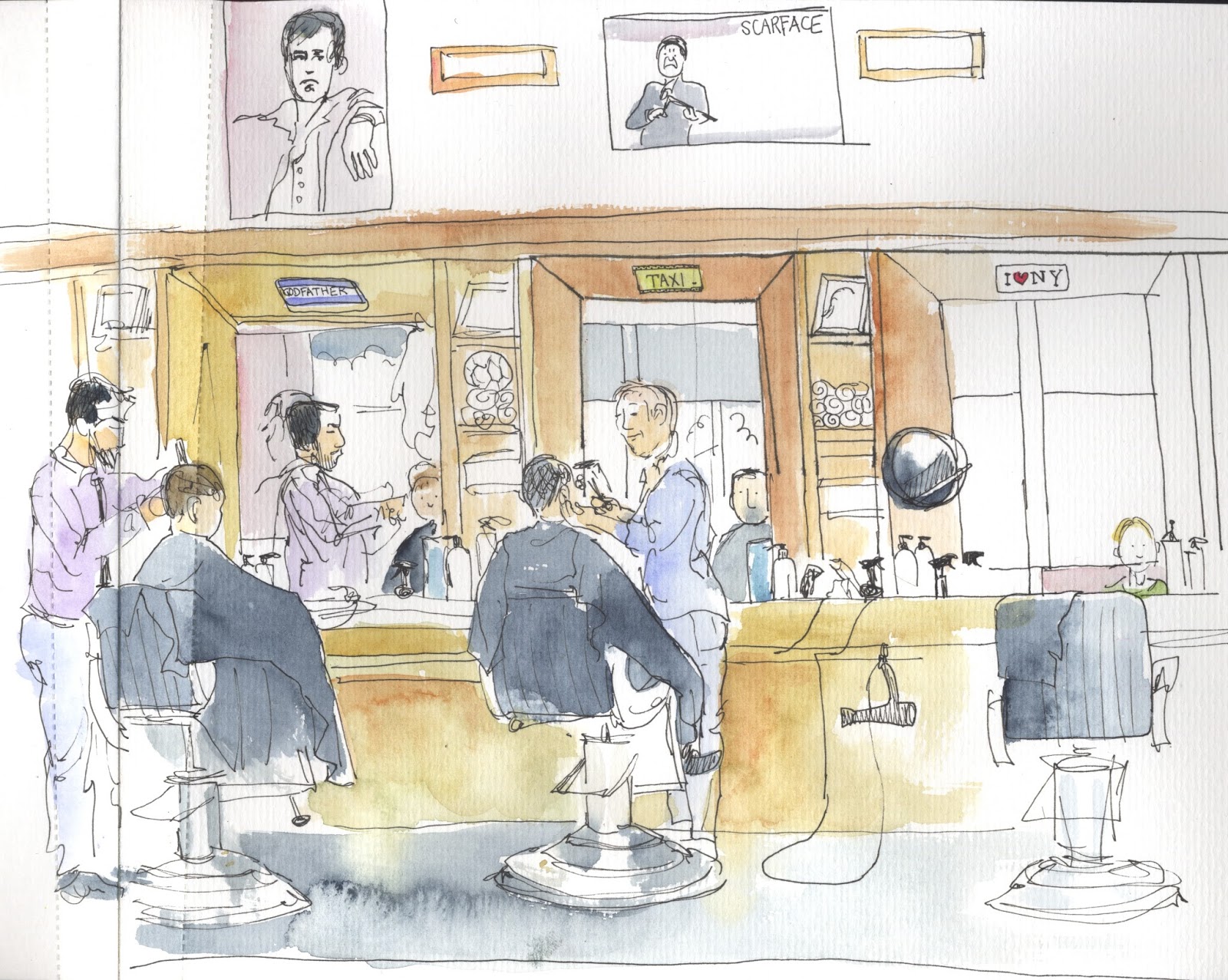 It's a good way to practice (a) patience, as you have to wait for those quick-footed ladies and gents to take the position you were drawing them in again; (b) mental agility, as you have to flip the figures around to make sure you match them to their reflection (I didn't in the second sketch) (c) stoicism, as you won't get time to draw everything you'd wish and (d) observation, for the usual reasons.

I bet the last thing these guys expected was to have some woman draw them as they zoned out for a few minutes. Sorry, fellas. But I really love taking my boy for a haircut. I get to sketch, he loves being looked after and coming out looking smart and we chat lots en route. Plus there's a box of chocolate cookies on the counter next to the till sold for charity, and I can always be persuaded.